SORRY ABOUT YOUR DIVORCE 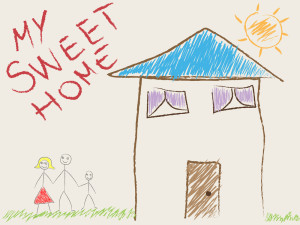 You can read more about Jennifer at http://www.jenniferfreed.com/

Divorced. Split up. Broken home. Home wrecked. These are the biting and stigmatizing portrayals (or depictions) of marital dissolution that are too often paired with the exorbitant price tags of bitter legal battles.

This is the negative legacy that we unconsciously pass to our children and reinforce among ourselves. It isn’t just about the challenging change of marital status when that occurs, but the pejorative inferences about that alteration that sting like a hive of wasps whose nest has been rattled.

Perhaps it is time to come out of denial. Many marriages change over time no matter how much we may wish they didn’t.  It does not help to consider this emotional loss a social failure or a personal defeat. It does not help to dramatize the familial wound in terms of the prognosis for the emotional recovery for the spouses, children, and the family friends.  When couples do not continue on the road of marital compatibility–no matter how much they have worked on it (and even if we think they haven’t worked hard enough)–societal shaming and punishing does not improve our culture or marriage longevity rates.

If we add to the change of a marital status the heavy judgment and burden of verbal demagogy, we stack the decks against a change that could bring about many positives–positives that might outweigh or at least mitigate the sense of loss that often occurs.

What would it be like if we imagined TRANSFORMATION as the step after marital dissolution, instead of failure, defeat, and stigma?

Consciously transforming the end of a romance into a new beginning of friendship–or at least cooperative parenting–is the most mature and responsible act of loyalty and love one could imagine.

We have grown to be sadly complacent with the immature, rude, and regressed behavior of so many spouses who leave each other. We’ve come to normalize side taking of what were mutual friends, as if this is to be expected.

What if we hired “marriage midwives” instead of lawyers to help us instead of paying skyrocketing material and emotional costs to the old tired meme of breaking and failing?  What if we actually made vows as a loving community to see couples through good and hard times, and to hold them accountable to transform their relationship if either one of the spouses no longer wanted to be married.

Just about now I can hear some of you screaming,  “Are you advocating for people to feel good about splitting up”?

Firstly, we are not atoms or acorn squash and none of us are splitting.  Secondly, as a psychotherapist, restorative approaches facilitator, and rabid idealist, I am a huge proponent of committed relationships for life.  What I am suggesting is that perhaps we should take the vow of commitment for life more seriously and stop shaming and blaming people to death if their romantic love relationship does not last or work out as initially intended.

Romance is a thoroughly modern invention. As Esther Perel brilliantly points out in her work, Mating in Captivity, people were living much shorter lives when this utopian artifact was invented in the late 17th century. The average mortality rate was just 30-something years old, and therefore most romantic unions only had to last from 10 to 20 years. It is a miracle when romance and love lasts. Lets not make it a failure, or Scarlett letter, when marriage doesn’t.